The Designed Garden – An unfinished canvas. Who controls the evolution of the living garden?

As designers and gardeners, we are very aware that our gardens are only as good as their subsequent maintenance. Every time we prune and clip and cultivate in an effort to maintain control, we are forcibly reminded of the dynamic and unpredictability of Mother Nature.

Much focus is given to show gardens and instant makeovers, but little to the challenges of the evolving garden. This seminar will concentrate on the designer’s role, and the skills and knowledge needed to visualize and manage the bigger picture including the ongoing maintenance.
It’s not only how the garden looks on day one, it’s also about how it will look in the future, and the strategies needed to design for longevity.
The best approach to creating a more sustainable garden is to work with nature, not against, so that we can honestly say that a newly planted garden is low maintenance and that nature itself will have the guiding hand. Also is there a role for modern technology in carving out the future of a garden?
Addressing this problem has guided the thinking of our four speakers.

Peter Korn is a well known Swedish gardener who has always been fascinated by the adaptability of plants. Ever since he started growing plants he has tried to understand what it is that makes a plant establish itself in specific growing conditions. He has visited many other countries with climates similar to his native Sweden and studied how plants grow in their natural environment. Over the past 15 years he has grown plants from many different environments in his own garden with great success. He recreates the natural conditions that exist where the plants come from. Nature is always the greatest source of inspiration for him. In his book “Peter Korn’s Garden – Giving plants what they want” he describes in detail his growing methods. He lectures at the Swedish University of Agricultural Science in Alnarp on growing conditions, creating habitats and naturalistic plantings. His mission is to inspire others to use nature as a role model.
Visit http://peterkornstradgard.se/

James Basson BA Hons Garden Design, MSGD, FFP – James graduated with a first class honours degree in Garden Design from the University of Greenwich in 1998 and is a fully accredited and registered member of the Society of Garden Designers (SGD) in the UK and the Fédération Française du Paysage (FFP) in France. After establishing a reputation for community and hospital gardens in London, he moved to the South of France and set up Scape Design in 2000 with his wife Helen in order to pursue his passion for creating sustainable landscapes and planting design for private clients. A strong advocate of dry gardens, James is renowned for raising awareness on the importance of working with locally sourced plants and traditional materials, using no irrigation and keeping maintenance to a minimum. His philosophy is a machine-free (minimal mowing, strimming, hedge cutting or blowing) maintenance programme. For pest control his approach is to treat bugs with bugs (using natural predators) not chemicals that leach back into the soil. James has a regular radio programme entitled ‘Lessons from the Landscape’ which explores the inspiration the natural landscape can give us and how different elements can be adapted to a domestic garden that is in keeping with its natural surroundings. His many awards include gold medals at RHS Chelsea Flower Show in 2013, 2015 and Best Construction and Best in Show in 2017.
www.scapedesign.com

June Blake was a jewellery designer and a sheep farmer before she became a serious gardener. In 2002 she opened a perennial plant nursery, which she ran for several years. While her plants were sought after, and her displays won two gold medals at Bloom, her attention gradually turned to garden-making. June has worked on other gardens, but her main project is ongoing at her home near Blessington, Co. Wicklow. Over time, she has effected massive change on the three-acre plot. The garden that she made — and is still making — is now internationally acclaimed, attracting visitors from all over the world. It has featured in numerous publications, both in Ireland and abroad. Over the years, June has significantly altered parts of the garden, using land formations and other devices. These serve to connect her plot to the surrounding landscape: the farm fields, the hedgerows and the Wicklow Mountains. Flow such as this is important to her. Seasonal flow is also key. During the growing period the plantings must move gracefully from one month to the next. This requires continual deadheading, chopping, tweaking and uprooting. June is a master plantswoman, with a deep knowledge fostered by having propagated and grown thousands of different varieties. She still raises great numbers of plants from seed to ensure she has sufficient quantities to “paint” swathes of single varieties through a scheme. She is rigorous in her choice of plants, seeking those that retain an element of wildness, so that they populate the space gracefully, while keeping in harmony with the rugged and strong character of west Wicklow.
www.juneblake.ie

Douglas Hoerr, CEO and Senior Principal of Hoerr Schaudt Landscape Architects, ASLA Fellow. Douglas Hoerr brings a distinctive perspective to landscape architecture borne from his early years on a farm in Indiana. He followed his interest in land, design and building to landscape architecture, while a sabbatical in England early in his career taught him centuries of accumulated English horticultural traditions, where he apprenticed with some of the world’s most respected plantspeople, including John Brookes, Beth Chatto, and Adrian and Alan Bloom. This rich body of knowledge shapes Douglas’s intuitive, hands-on approach to landscape design and has led to clients as diverse as Crate & Barrel, Apple, the Chicago Botanic Garden, and Northwestern University, as well as numerous collaborations with notable architects for private residences nationwide. He is also renowned for his roof gardens. Today, Douglas leads Hoerr Schaudt, a 40-person landscape architecture studio in Chicago known for its inspirational use of horticulture as a transformative element.
www.hoerrschaudt.com 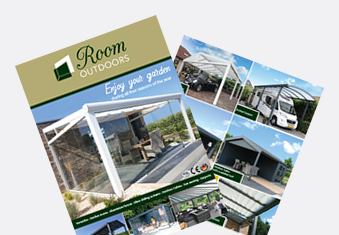